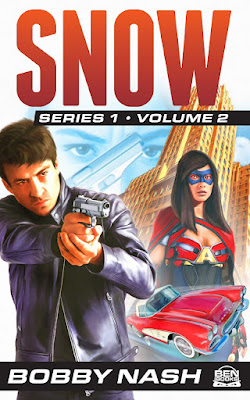 "Half an inch is all that stands between life and death.” Abraham Snow, former undercover agent turned do-gooder, helps those in need while searching for the man who shot and left him for dead.

SNOW Series 1, Volume 1 collects the first 3 SNOW stories [SNOW TRAPPED, SNOW STAR, and SNOW DOWN] together for the first time.

SNOW TRAPPED: The investigation into Miguel Ortega and Daniella Cordoza heats up. Abraham Snow and his former handler, Elizabeth Walker find themselves in the wrong place at the wrong time when a team of hired mercenaries break into a storage and retrieval site hidden in an average office building where they chose to meet.SNOW STAR: Murder or suicide? To the world at large, Miranda Shake is a big star best known for her work on the long-running television series, The Adventures of Amazing Woman. Snow knew her before the fame. Reconnected, Snow has fallen for her. When Miranda Shake is found dead on New Year’s morning, having apparently jumped from the roof of her condo while wearing her TV superhero costume, everyone is quick to call it suicide. Everyone except Abraham Snow. He’s convinced she was murdered and vows to bring her killer to justice.SNOW DOWN: Reeling from a terrible loss, Abraham Snow has no time to grieve as he finds himself the target of an old enemy. Unarmed, outgunned, cold, and outnumbered, Snow fights for survival in a winter mountain wonderland where he comes face to face with his greatest foe for one last confrontation. It's all been leading to this! Who will make it out alive? 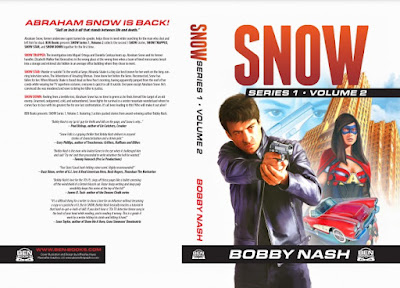 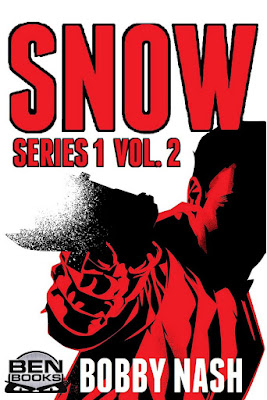 #FreshSnow is here! Abraham Snow, former undercover agent turned do-gooder, helps those in need while searching for the man who shot and left him for dead. Welcome to #TheSummerOfSnow!

SNOW Series 1, Volume 2 collects the second 3 SNOW stories [SNOW TRAPPED, SNOW STAR, and SNOW DOWN] together for the first time. Now available in ebook. You can find it HERE. Read it FREE with Kindle Unlimited. Hardcover and Audio coming in 2022. 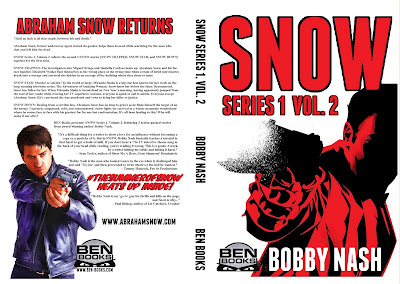